Three days before my father-in-law died, I visited a local florist seeking some cheer, for me, for all of us.

Stepping through oddly placed, automatic, glass sliding doors that had been an afterthought on an old house felt like stepping into open jaws ready to consume.

Willing to be eaten, I entered to find promises too high for their deflated follow through.

I waited alone and stared hard at outdated, patterned carpet and paneled walls for what seemed like far longer than needed.

The sweet smell of fresh cut flowers that first greeted me quickly turned sour, like an overly powerful perfume that makes the stomach turn.

My mind bounced around trying to imagine the suffering he was experiencing in stage four pancreatic cancer and all of its quickly accumulating complications.

Tomorrow would be he and his bride’s 58 year anniversary of “going steady.” A bold 17-year-old had persuaded this girl that going steady only made sense. After 53 years of marriage, two kids and eight grandchildren, his point had only been made over in a million little ways. Together they made sense.

The garish insides of this florist shop did not.

The initial sights and smells intended to invite celebration were really only a covering of the truth.

That constant, droning of the large refrigerated displays were like the sound from the waking side of a dream that pulled you back to reality. Loud and annoying it was like they were giving away the end game: Everything you are looking at is already dead, we are just here trying to give the appearance of life.

I tried to push it away that sad day as I held out hope that he would make it to tomorrow to celebrate again with his bride, a milestone in relationship, a joyful moment in the slow march of coming sorrow and separation.

From the moment we are born, we are dying and all of the rest of this is an attempt to keep it at bay, to stay alive for one more moment of celebration, to make these lives worthwhile.

Not unlike the fresh cut flower, we are beautiful and fragrant that moment of birth, visibly bursting with life.

Yet like the flower on the vine, once we are cut away, the death and decay are in full pursuit.

Those refrigerators remind that their work is to keep beautiful its already dead inhabitants.

Once cut, we give them water, oxygen and preservers but after a short time, that sweet smell begins to unintentionally reveal the stench it hoped to cover.

A hospital bed rolled into a living room is an intrusion into our lives we think. It is delivered and assembled awkwardly, trying to find a way to fit it with the decor and the life it is interrupting.

Rolling it in only rolls back our covering and reveals the truth of life, we are all going to meet this moment. This intrusion is part of life for all of us as much as choosing that living room decor.

The sound of an oxygen machine has the same awful mechanical rhythm of those refrigerators holding dead flowers.

Without intervention, when life begins to ebb, there is only a thin thread holding us tied to life but not life eternal. We claw and strain and hold fast to the mechanical hum of machines. The oxygen is pumped from its tank to refresh a body succumbing.

Sin stains and sets back.

We hold tighter though all the while what we need is release, relief from this sinful, fading body of death.

We need resurrection, new life, a life line without the artificial tying us down.

There is but One.

When my father-in-law talks candidly about his own approaching death he tells me he knows that this is God’s will. He tells me that he is okay with it because though he doesn’t understand it, he knows that there is One who does.

I sigh deeply, grateful in the acknowledgement.

The One who knows is the One whose own body was destroyed.

It was a life yielded up to God’s will.

The flesh was destroyed, blood lost. He was fresh cut, but those fresh cuts ended with flesh restored through the very instrument of death.

Jesus became our lifeline in the end for His 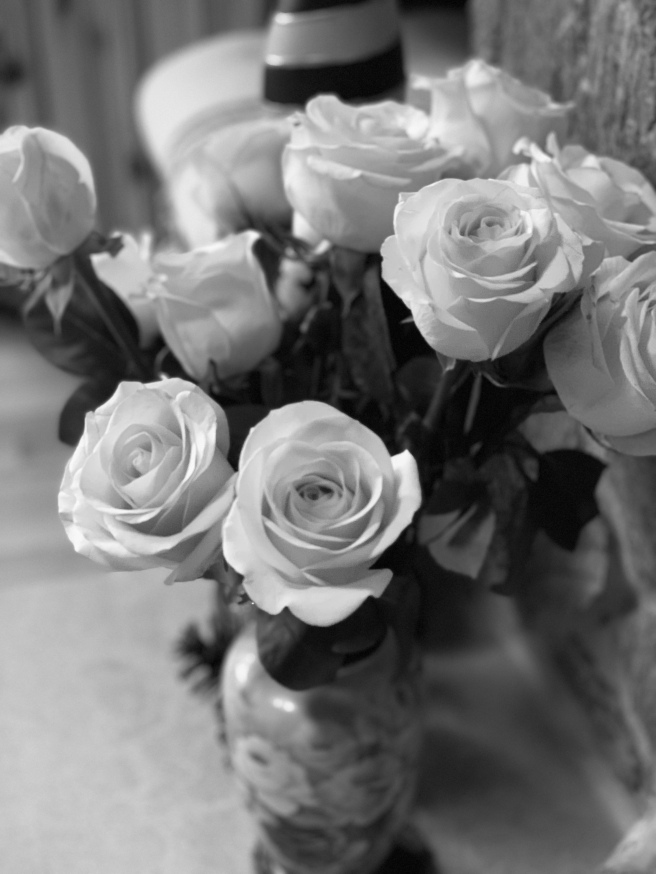 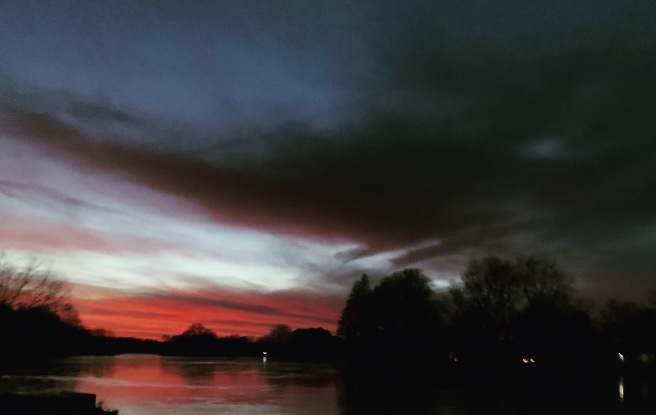 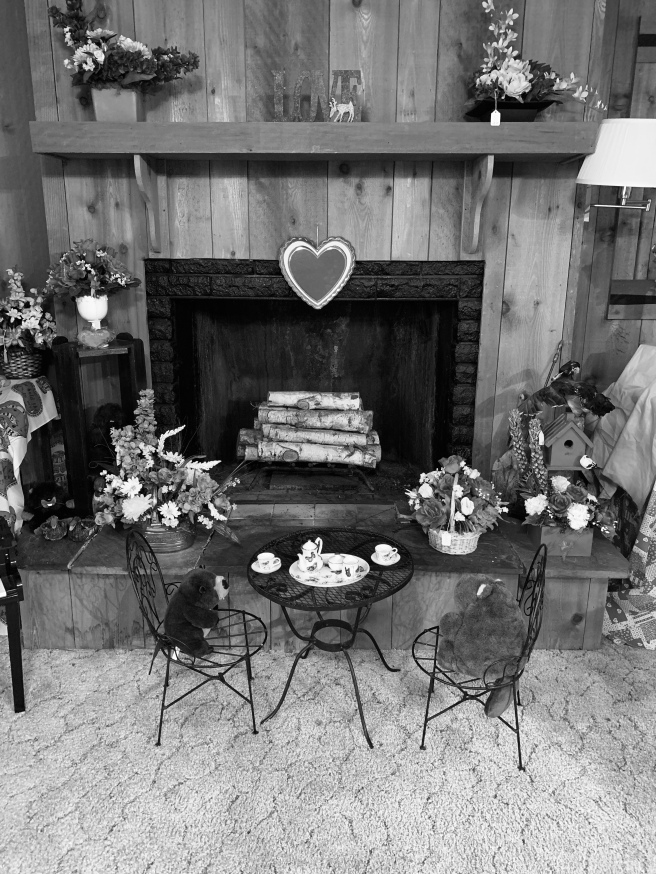 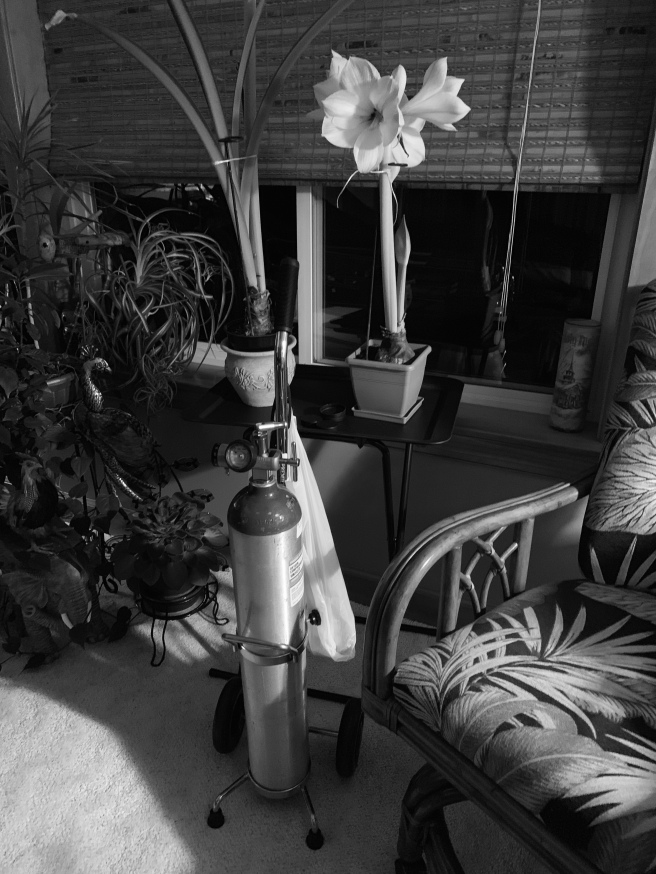 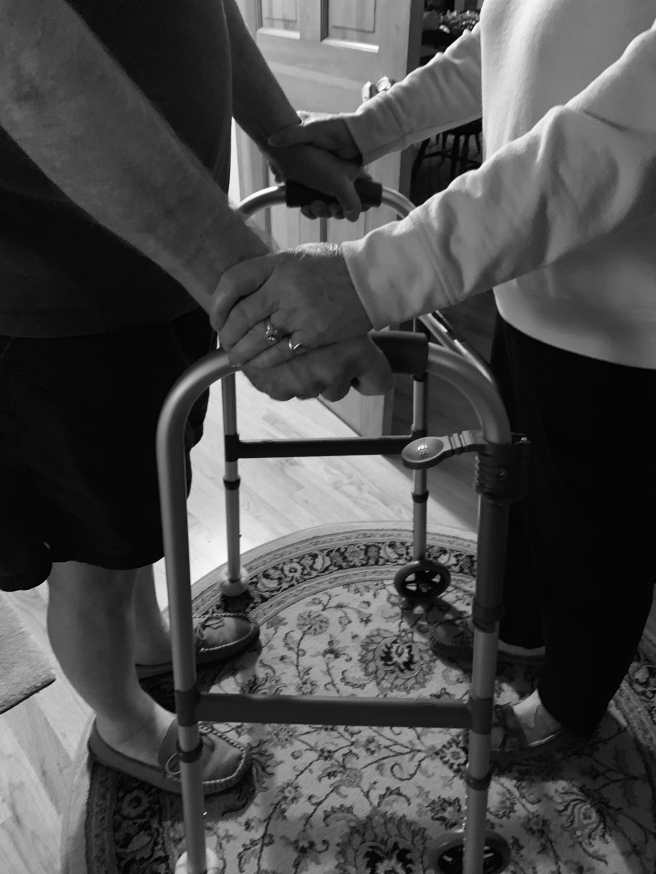 That One body was life restored, renewed, complete.

The fragrance raised there was that of eternal life.

A few hours before his breath gave way and the pain and struggle subsided, he told me he was hoping it would be the night that Jesus would come to take him.

So instead of holding fast to fading hope, labored breath, we are held fast by renewal and grace and an empty grave.