Connie looked at me across the conveyor belt in her checkout line at the Mart.

Find everything you needed?

Staring at the ombre plastic eggs, nerf gun, and gummy bunnies, I thought there is no way.

When she realizes I mean more than an item missing from my cart, she eyes the Easter cards with scripture on the front and says they are great.

She tells me she believes.

I tell her I think I want to find a new way to really celebrate what’s going on and she heartily agrees. She continues:

It’s great that He was born and all, but what He did at Easter? Without that…

There’d be nothing, I reply.

Again she agrees eagerly and we both begin to tear up.

She grabs my hand and grins and tells me it’s a blessing.

Nodding and sniffling myself together, I leave and turn over in my mind how we are so easily distracted, so easily moved. How we miss it. 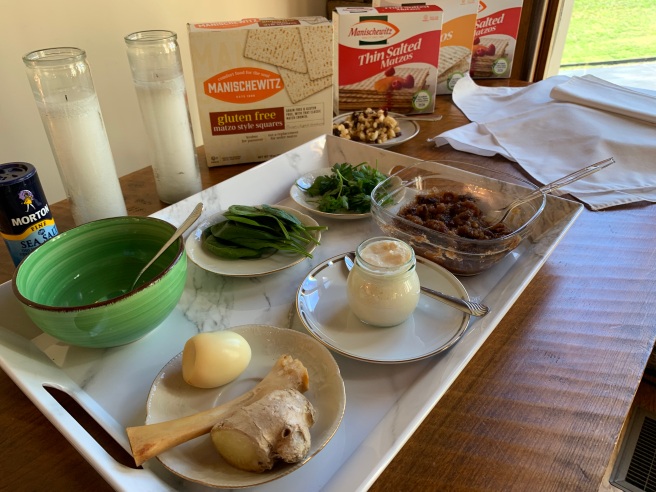 The Tuesday morning Bible study I am in has been covering the book of Matthew. I had marveled as Jesus spelled out for his disciples, repeatedly, that he would be killed. They barely respond, if at all.

He told them in chapter 16 he would suffer at the hands of elders and chief priests and teachers. He said he would be killed and then raised again.

In chapter 17 He told them again he will be killed and will be raised again.

Heading to Jerusalem in chapter 20 He told all 12, He will be condemned and mocked and flogged and crucified and then raised again!

Immediately a mom asked if her sons can rule with him in his kingdom.

What is going on?

I feel like she’s asking what aisle the plastic eggs are on.

The day before I stood in the aisle at Walmart trying to figure out how to convey the glory, the weight of this season to my children without candy and eggs, that same Bible study group celebrated our weekly gathering with a traditional Passover Seder demonstration.

For the first time in my life, I saw the intricate details of the meal celebrated by Jews for centuries. It was a specific, beautiful ritual that recalled the Israelites flight from Egypt. The festive occasion marks the beginning of Passover.

It marks our rescue.

In Exodus 13, God commanded the Jews to retell the story to their children. It is the story of rescue and so clearly points to the coming Messiah despite the many Jews who do not see it that way.

Somehow in the tradition, He is missed.

In chapter 26 of Matthew when the disciples and Jesus move to what is now called Maundy Thursday, the Last Supper, I suspect maybe they are beginning to find what they need.

Throughout the ritual details of the meal, glasses of wine are consumed—four to be exact.

On the night of the Last Supper, as Jesus was celebrating that same Passover meal with his disciples, He once again told them.

Matthew 26 opens with Jesus telling them “As you know, the Passover is two days away—and the Son of Man will be handed over to be crucified.” (Matthew doesn’t even record a response from the disciples.)

The chapter ends with Peter denying Jesus as he faces his accusers.

But it is the time in between that He uncovers what is missing.

The sacrificial lamb has come.

The bread is his body.

The wine is his blood. 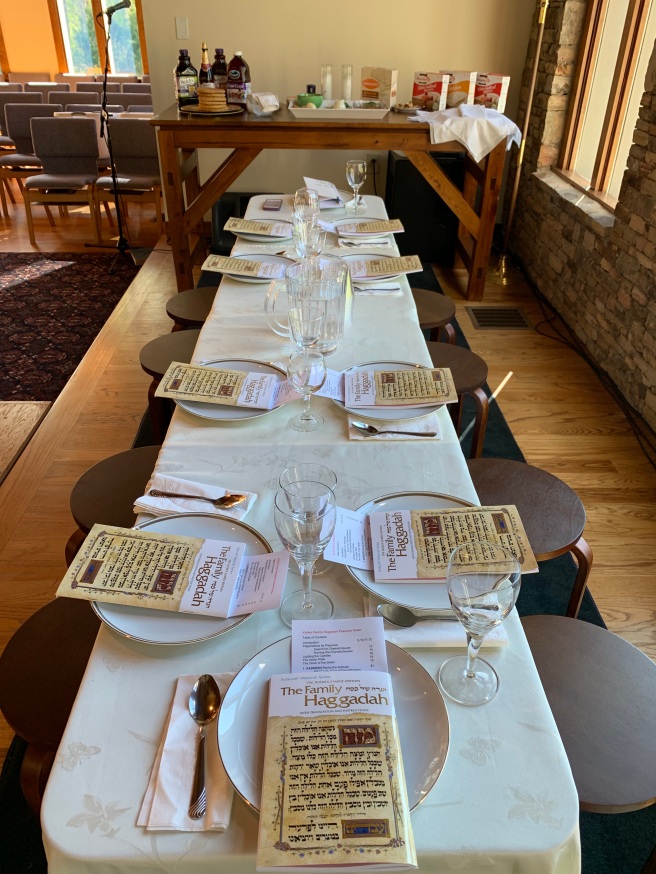 He shows them, tells them—He is the sacrifice.

He is what is missing.

This is the rescue even greater than that flight from Egypt.

It is that rescue we are all longing for.

It is what is missing when we are combing the aisles.

It is what Connie tries to put into words.

In our own demonstration, I recognized one of many things I have missed. Jesus did not drink that fourth cup of wine.

Verse 29 tells us “I tell you, I will not drink from this fruit of the vine from now on until that day when I drink it new with you in my Father’s Kingdom.”

As I gulped down my last goblet of red grape juice at the fancy table in our church sanctuary, I could hardly handle the image of Jesus at that table with those men. I can hardly handle the thought that one day we will drink at His table with Him there—because He became the sacrifice. Because He missed so much for us.

He watched them drink, fully aware of everything about to happen. He was looking ahead to completing his go-for-broke rescue mission and also thinking of the day when we would celebrate together at His table.

While the disciples, while we, are easily entertained, enticed and engaged elsewhere, He had set his face towards His purpose.

Thankfully, His purpose was the cross.

His purpose was us.

There is now nothing missing and He is all we need.